您的足迹: • Flying Serpents and Dragons: The Story of Mankind's Reptilian Past
books:flying_serpents_and_dragons

Flying Serpents and Dragons: The Story of Mankind's Reptilian Past 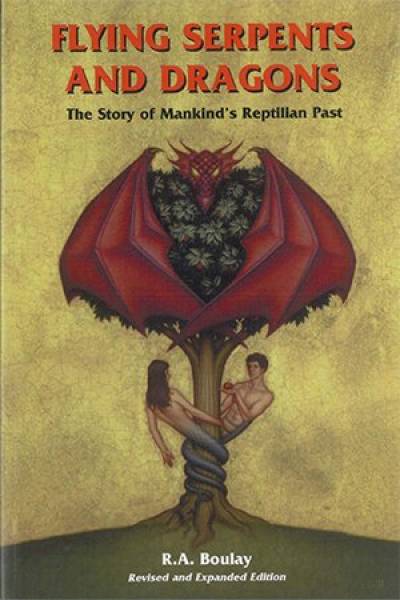 A highly original work that deals a shattering blow to all our preconceived notions about our past and human origins.

World-wide legends refer to giant flying lizards and dragons which came to this planet and founded the ancient civilizations of Mesopotamia, Egypt, India and China. Who were these reptilian creatures? This book provides the answers to many of the riddles of history such as:

• What was the real reason for man's creation?
• Why did Adam lose his chance at immortality in the Garden of Eden?
• Who were the Nefilim who descended from heaven and mated with human women?
• Why did the serpent take such a bum rap In history?
• Why didn't Adam and Eve wear clothes in Eden?
• What were the “crystals” or “stones” that the ancient gods fought over?
• Why did the ancient Sumerians call their major gods Ushumgal, which means literally “great fiery, flying serpent?”
• What was the role of the gigantic stone platform at Baalbek?
• What were the “boats of heaven” in ancient Egypt and the “sky chariots” of the Bible?